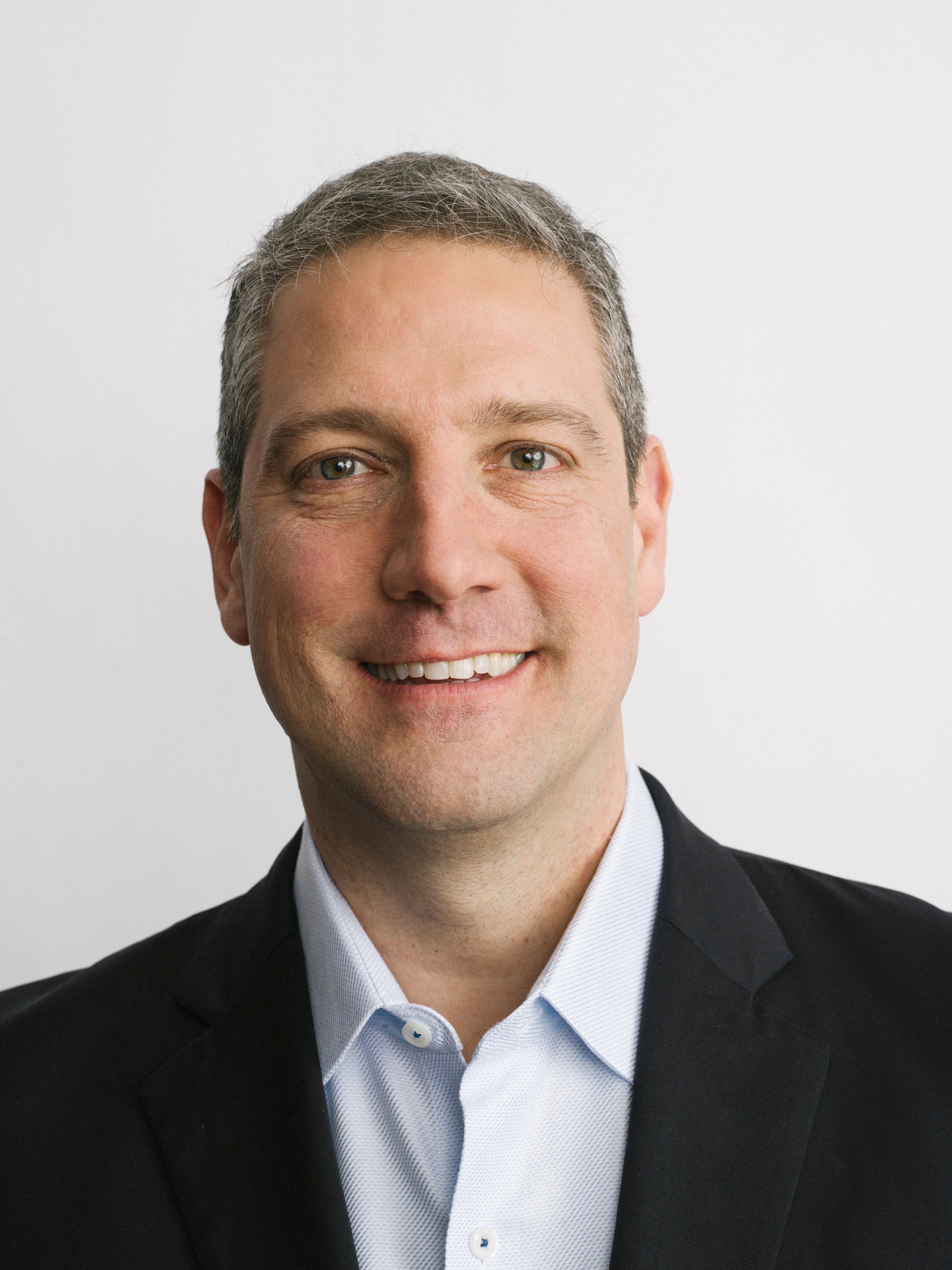 Tim Ryan is a tireless advocate for working families in Ohio’s 13th District. First elected to the U.S. House of Representatives in 2002, he is currently serving in his ninth term.
Tim’s primary focus is on improving the economy and quality-of-life in Ohio. He works closely with local officials and community leaders to enhance economic competitiveness and help attract high-quality, high-paying jobs.
Tim is a dynamic leader known for challenging both parties to rebuild the middle class. He is a champion of efforts to make college more affordable, revitalize America’s cities and improve the health and well-being of American families and children. Tim’s vision for a stronger economy and his work on these and other issues has garnered national attention.
He is the author of A Mindful Nation: How a Simple Practice Can Help Us Reduce Stress, Improve Performance, and Recapture the American Spirit and The Real Food Revolution: Healthy Eating, Green Groceries, and the Return of the American Family Farm.
He is a member of House Appropriations Committee that controls the expenditure of funds by the federal government.
Tim serves as co-chairman of the Congressional Addiction, Treatment, and Recovery Caucus and is a member of the Bipartisan Task Force to Combat the Heroin Epidemic. Through these partnerships, Tim has introduced, cosponsored, and championed bipartisan legislation to combat the opioid crisis.
Ryan serves as co-chairman of the Congressional Manufacturing Caucus and is a leading voice fighting to strengthen America’s manufacturing base and reform U.S. trade policies. The Caucus examines and promotes policies to help American manufacturers find trained, educated workers, to lead the world in developing new industrial technologies, to operate on a level playing field with foreign competitors, and to obtain the capital they need to thrive. Ryan is the leading advocate in the House to impose sanctions on unfair currency manipulation by foreign countries.
Before his election to Congress, Ryan served in the Ohio State Senate, as President of the Trumbull County Young Democrats and as Chairman of the Earning by Learning program in Warren, Ohio. He began his career in politics as a Congressional aide in 1995.
Ryan has a law degree from the University Of New Hampshire School Of Law (formerly the Franklin Pierce Law Center). He studied abroad as part of the Dickinson School of Law’s International Law Program. He received a BA in Political Science from Bowling Green State University in Bowling Green, Ohio.
Born July 16, 1973 in Niles, Ohio, Tim Ryan resides in Howland with his wife Andrea and three children.